Get your COVID-19 booster today. Contact your primary care provider to schedule an appointment today. Details 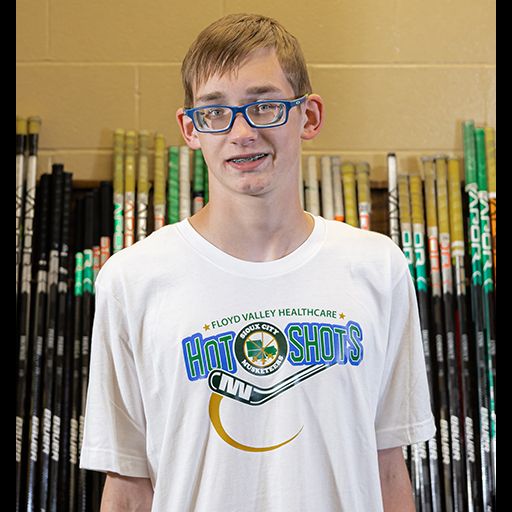 Evan Brennan, son of Leo and Tiffany, has been named the January 7th Hot Shot.  Evan is fun and intelligent 15-year-old that attends Le Mars Community High School.  He enjoys spending time with his family, bowling, cross country, track, band and video games.  His family refers to him as the animal whisperer for their cat and dogs.

Evan has been diagnosed with high-functioning autism and ADHD with a severe vision impairment (severe myopia and nystagmus). Autism Spectrum Disorder (ASD) is a developmental disability caused by differences in the brain.  While those with autism may look like everyone else, they may behave, communicate, interact and learn in ways that are different from most people.  Those with ADHD may have trouble paying attention, controlling impulsive behaviors (including making choices without regard to the consequences) or may be overly active.

Evan has had 3 corrective eye muscle surgeries for the nystagmus. Nystagmus is a condition that causes involuntary, rapid movement of one or both eyes. It often occurs with vision problems, including blurriness.  This condition is sometimes called “dancing” eyes.   He still faces the possibility of detached retinas with any head trauma and will not be able to obtain a driver’s license like his peers.

The Sioux City Musketeers, in partnership with Floyd Valley Healthcare (FVH) began the Hot Shots program in 2018.  This program was created with the goal of honoring FVH pediatric patients who have chronic health issues. We are excited to give children an opportunity to have a fun time with their family, cheer on the team and just enjoy being a kid for a night.